The Casio Privia PX-130 was received by the piano community with mixed reactions. Many were a bit skeptical, while others were hopeful that the new model would be at least of a minimum quality level.

If you know the brand well, you’ll understand why there were so many doubts about the Privia PX-130. Those who’ve been around the piano community for some time know Casio’s reputation.

Over the years, Casio managed to earn a reputation for making pianos that you’d refer to as toys at most. Not a good reputation but that’s how it was.

But that was then, and now is now, so, here we have the PX-130 and you might be wondering if it’s worth an investment.

Well, you’re in luck because we’ve done the hard work and have the answers to your questions.

Now, if you’re ready, let’s take you on a ride with us to find out what the story of the Casio Privia PX-130 really is. 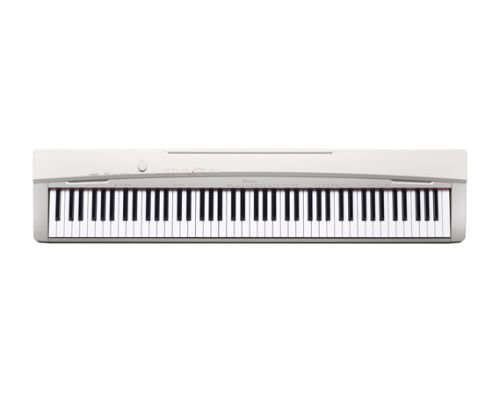 An Overview Of The Casio Privia PX-130

You’d be jumping into a hasty conclusion if you judge the Privia PX-130 based on preconceived notions about the brand. This piano is actually quite a masterpiece and an inexpensive one at that. And, by the way, we should have expected that after the CDP-120 was introduced.

The Casio CDP-120, was one of the ways Casio made a statement in the industry, making us change our mindset about the brand. After the introduction of the CDP-120, the piano community became a bit more attentive to the brand as the model surpassed many expectations. 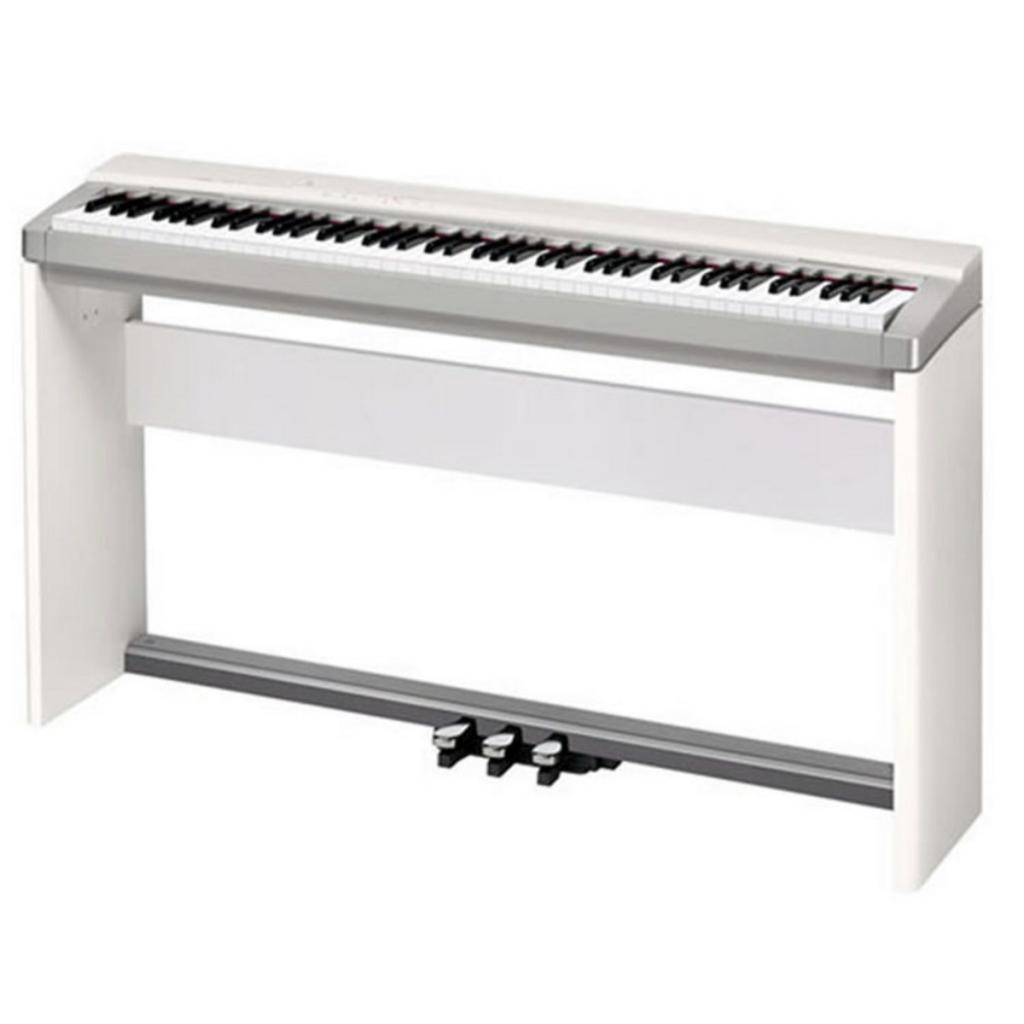 And now, with the Privia PX-130, Casio has made an even bigger impression. This model is evidence of the technological and innovative advancements going on in Casio.

The Privia PX-130 delivers on performance superbly. And even beyond that, Casio does not disappoint in the aesthetics department as this piano looks good. You’ll find that this piano fits well into any space and even enhances the overall ambiance of the space where it is found.

Specs Of The Casio Privia PX-130 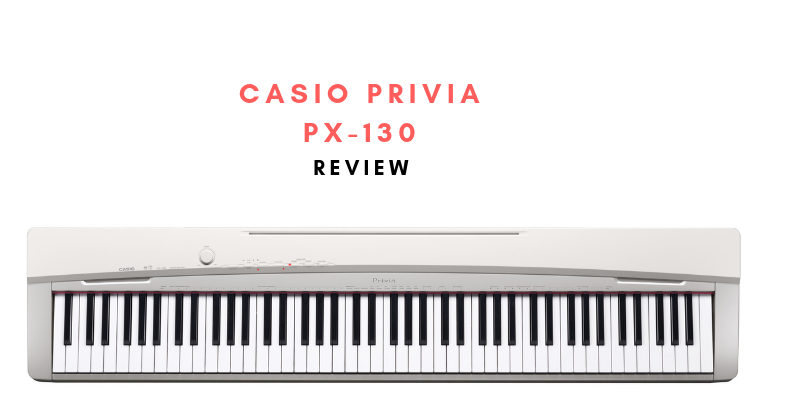 Features Of The Casio Privia PX-130

There are quite a number of things the Casio Privia PX-130 brings to the table. And we will be looking at the major ones in our review today.

The Casio Privia PX-130 is one of the most compact and portable instruments available today. It’s great for moving from place to place with ease. But even with this compactness, Casio does not skimp on features.

For instance, this remains a full-sized keyboard with 88 full-sized keys. So, it measures at about 52 inches in length and 11 inches in width, just like most standard pianos.

But you know the best part, this only weighs 25 pounds! At 25 pounds, there is no reason you can’t carry this around conveniently wherever you have to go.

Now, in depth, this only measures about 5 inches. So you can see that it’s not bulky at all. You shouldn’t find this awkward to carry around. Because it is one thing to be lightweight and it’s another to be awkwardly shaped, making it inconvenient and awkward to move. 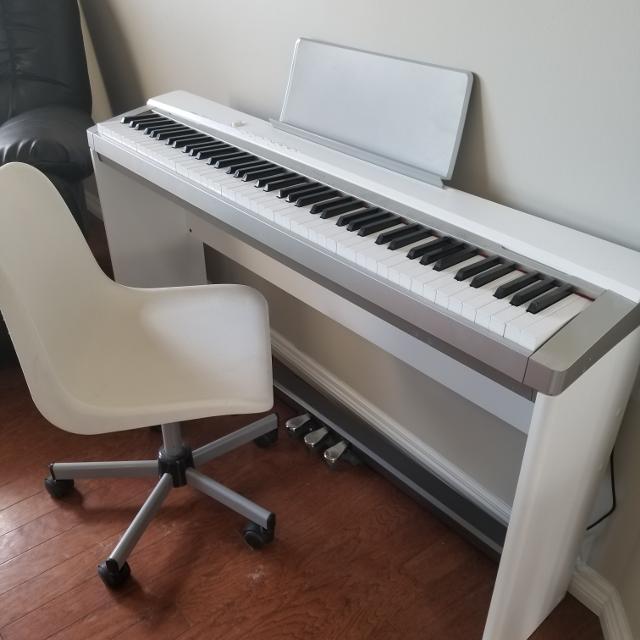 But be that as it may, the most amazing part for us in all of this remains this fact. Despite the compactness and portability of this piano, Casio still found a way to make sure that this piano packs all the punch that it possibly can.

For this alone, Casio has earned well-deserved kudos from us.

There is no doubt whatsoever, the Casio Privia PX-130 sounds good. And it’s arguable, that this actually sounds pretty close to an actual piano. Obviously, Casio went through great lengths to make this possible and we truly appreciate it.

Now, just like the Yamaha, Casio has developed its own sound technology to ensure that the PX-130 delivers in the sound department. This technology is known as the Linear Morphing System.

The Linear Morphing System is the sound source of the Casio Pirivia PX-130, and it’s truly wonderful. You’ll be very impressed by the quality of sound this piano produces, thanks to the sound technology used.

The sound of the Casio Privia PX-130 was sourced from a world-class concert grand piano. The makers obtained the tone samples using four key pressures for each note. And then using morphing technology, they also modified each note to enhance continuity.

In all, what do you get? Smooth transitions.

As you play the PX-130, you’ll find that the piano transitions very smoothly, from soft pianissimos into powerful fortissimos. This kind of expression is not very easy to achieve in a digital piano, but somehow, Casio made that happen. Bravo!

The Casio Privia PX-130 features 88 full sized keys which is one of the many reasons this piano rocks. This gives it the feel of a regular sized piano. And players can actually feel like they are playing on a real instrument and not a toy.

What’s more? This piano comes with hammer action. In other words, Casio uses actual hammers (although little ones) in this piano. This hammer action, therefore, gives the Privia PX-130 the feel of an acoustic piano. So, this doesn’t come with springs, all the keys are fully weighted.

In fact, the action is also graded, just like you find an acoustic grand piano. But, what does that mean?

It means that the response of the piano increases in intensity across the piano. So, if you play the higher notes, the piano should give a light response and the lower notes should give a heavier response. 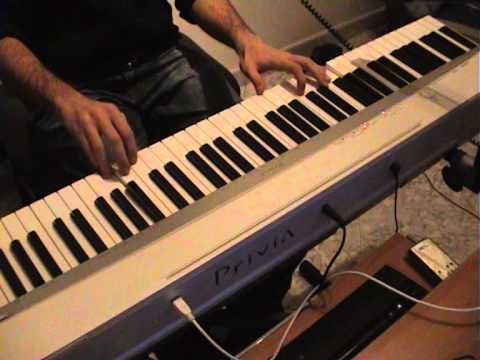 Altogether, the keys of the Privia PX-130 give a pretty realistic feel. Although they can’t be compared to those of the Casio PX-160. Those ones come with ivory and ebony keytops.

But, they don’t feel plasticky. And even if your fingers get moist during a long practice, they won’t be slipping off the keys.

However, this is not to say that the keys of the Privia PX-130 aren’t good, because they are.

The Casio Privia PX-130 comes with 16 tones which is okay at this price range. We’ve definitely seen higher, but then it’s about quality, not just quantity. And the built-in tones here are pretty awesome.

Furthermore, navigating these sounds is also pretty easy. There’s a panel with all the controls just right above the keybed.

And you also have the option of using the keys to select the options you want – like a shortcut. This makes things really convenient, and more and more piano manufacturers are including this option in their pianos these days.

Plus, aside from convenience, this option gives pianos a less cluttered and a much cleaner layout. 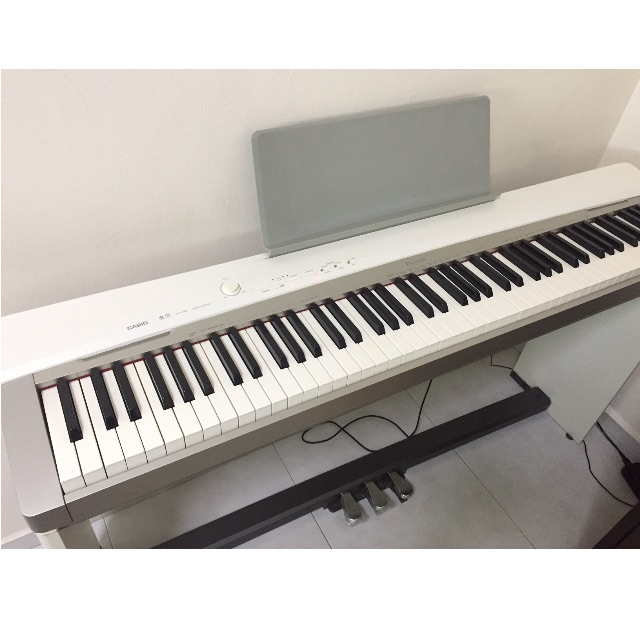 The built-in sounds in the Casio Privia PX-160 include:

When it comes to sound effects, you’ll find the usuals here: reverb and chorus. However, we’ll focus on one that really impresses us which is the Acoustic Resonance DSP.

The Acoustic Resonance DSP is an amazing digital effect for so many reasons. But principally, we love it for one thing – the open strings effect.

When the pedal raises the damper, Acoustic Resonance DSP helps the Privia PX-130 simulate an effect similar to that of open strings. And it’s superb! It appears that Casio really paid attention to the tiniest detail on this instrument.

There are still a few other features in the Privia PX-130 that make the piano a really outstanding one. For instance, there are 60 demo songs, which is a lot. Most pianos within this price range usually come with barely 10. So this is a welcome improvement.

As for the modes, this piano features a split and layer mode which you already know about. But in this model, Casio also introduces the duet mode. Now, with this mode, two people can play side by side together on one piano.

For instance, a student and a teacher can practice together. So, this duet mode really helps to facilitate learning.

The Casio Privia PX-130 makes a great choice for beginners looking to practice on something that feels like the real thing. The feel and sound of this piano are very close to authentic. And being a compact unit, it easily fits into any space at all.

Piano tutors and students should also love working together on the PX-130. Thus, the duet mode makes things a lot more convenient and facilitates learning too.

Altogether, Casio did a mighty fine job on the Privia PX-130.