If you are a die-hard music fan, you’ve definitely at some point wanted a recorder for one music related reason or the other. And even if you are not into music, you’ve probably also needed a recorder, probably in your lecture hall or something.

In fact, that you’re checking out this review already suggests to us that you need one. Anyway, the Tascam DR-40 could be what you are looking for.

Why? Stick with us throughout this article and you’ll definitely get to find out why we think so. The final decision is yours, of course. But before we do that, let’s tell you a few things about the brand. 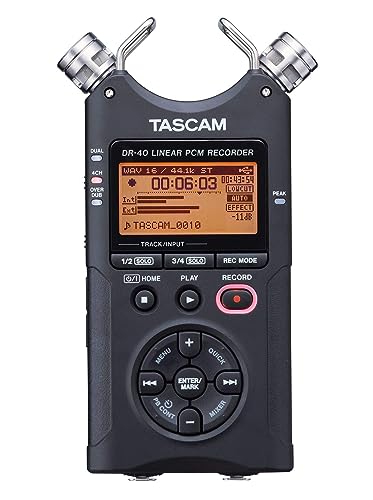 Tascam is no stranger to the electronics creation business. Actually, it has been doing this manufacturing for a couple of decades. Now, its range of products include such things as microphones, audio interfaces, recorder accessories and, of course, recorders (handheld and field).

In its 47 years of existence, Tascam has managed to create a decent following for itself with products that do exactly what they say they can.

And now that you know a bit about the brand responsible for the Tascam DR-40, let’s look at its features.

Features Of The Tascam DR-40

The microphones on the Tascam DR-40 are kinda unique. Why? They are what can be referred to as unilateral and here is why.

There are two microphones on this recorder and both the microphones are used for picking up the sounds to be recorded, obviously. 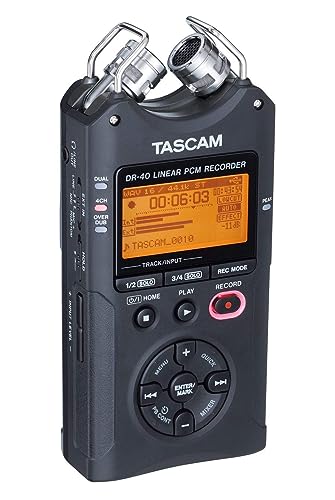 Now, the microphones are independent of each other in that moving one does not necessarily necessitate moving the other. You can move either of the microphones in whatever direction you think will do you good.

The reason these two positions are considered more effective is because they allow for better coverage. Also, you should know that the microphones are cardioid. And if you are familiar with cardioid, you’ll know that the front parts are super sensitive while the rear are almost useless.

So, to allow for better coverage, each of the microphones should be covering for the other. Thus, the reason for either of the already mentioned positions.

Now, here is something else you should know about the microphones. Because they are cardioid, they, to a good extent, keep out external noises. This, therefore, allows them to deliver on a high level of precision in recording.

However, you should be thinking of getting a wind muffler for the recorder if you’ll be using it in an open space. This is because the mics easily pick up soft sounds like wind.

As for the others, two of them (Dual and Overdub) are regular features on Tascam recorders.

The dual recording mode allows the recorder to simultaneously and automatically record what Tascam calls a safe copy. This way, you have a backup in case anything ever happens to the original copy. 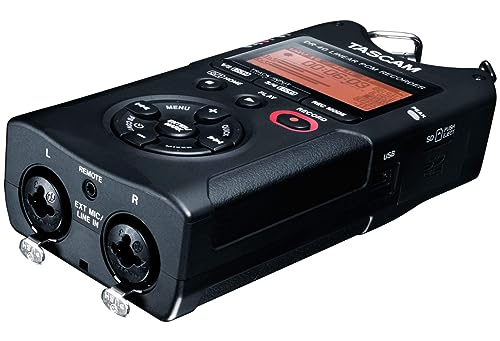 The overdub feature, on the other hand, allows the recorder record on a pre-recorded sound. It basically is what it sounds like.

So, it’s like there is this sound you’ve already recorded in an external memory. Using the overdub recording mode allows the recorder record the new sound over and on that already existing recording that you choose.

You should know, however, that the four track recording mode doesn’t exactly allow for four mono recordings. What you’ll be allowed to do is actually two pairs of stereo recordings. So, you can get excited but not too excited.

Now, as regards navigation, there is a mode button on the recorder. That one button is supposed to help you navigate among the four recording modes.

How do you know what mode the recorder is on? There is a line of three LED lights on the left side of the screen. Those lights indicate the dual, overdub and four channel mode; one for each. So, whatever Led light is lit indicates that the recorder is on that mode.

Since we are on the topic of LED lights, on the right side of the screen, you’ll see a lone LED light. That light is tagged PEAK. What is that about? 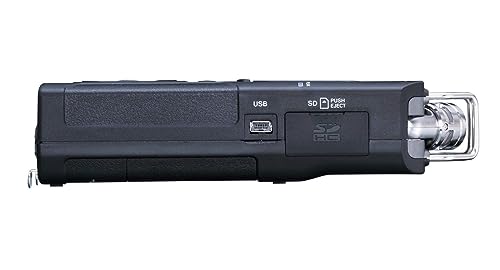 The PEAK tagged LED light will light up when the recorder detects the sound has gotten to its peak. However, instead of stopping at that point, the recorder will continue recording.

The Tascam DR-40 XLR/TRS inputs. What does this mean to you? This feature allows you to not only record with the inbuilt microphones. It allows you to be able to connect external condenser microphones and also PA console line level outputs.

This is actually in keeping with the four track recording mode. Because, as we earlier said, you’ll be needing the extra support in order to take advantage of that feature.

The ports are compatible with a decent range of external microphones; from the basic condenser microphones to electret microphones.

Apparently, the Tascam DR-40 also has high sound pressure. What does this do? This feature is supposed to make the recorder good enough to record specific sounds even when the environment is very noisy.

Hence, the Tascam DR-40 is useful in a quiet room or a lecture hall just the same way it can be used in a loud concert theatre. 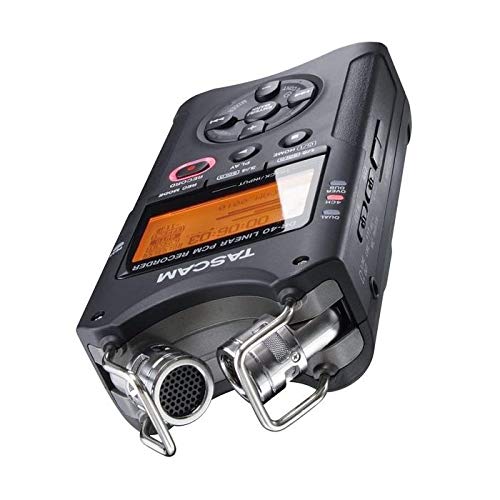 The Tascam DR-40 can accommodate an external memory card of up to 32GB. However, you’ll be getting yours, seeing as the Tascam DR-40 doesn’t come with one.

Also, you cannot connect the Tascam DR-40  to a hard drive because there is no provision for that. So, you’ll have to make do with a 32GB memory card.

The Tascam DR-40 makes use of 3 AAA batteries. AAA batteries are very common so you should have no problems getting replacements. Also, the batteries last for a decent period of time.

The Tascam DR-40 is a handheld device quite alright. However, there are a number of things you need to know. First, the dimensions of the Tascam DR-40 come in at 5.5 x 3.5 x 8 inches.

What this implies is that, while you can hold this recorder with one palm, you shouldn’t expect to be able to wrap your palm around the entire thing.

Second, the Tascam DR-40 weighs only 7.5 ounces. Thus, the recorder is pretty light and so should be easy enough to be transported about.

Altogether, you might need to place the Tascam DR-40 on a platform or a stand not because it is heavy but because you can’t wrap your palm around the girth.

Pros Of The Tascam DR-40 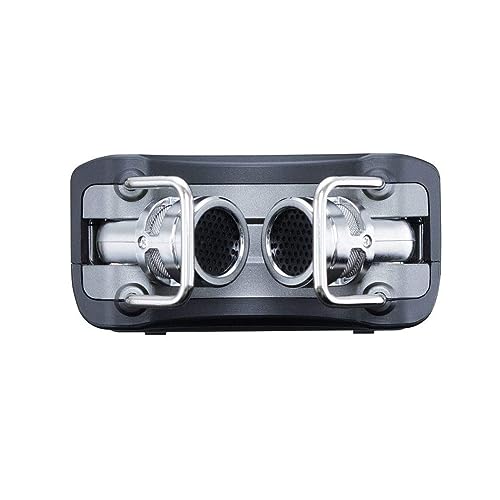 Cons Of The Tascam DR-40

We think the downsides of this recorder, while not necessary excusable, are manageable. For one, not many recorders come with the four track recording feature. So, we can’t really complain about the little bit of limitations.

Also, placing the recorder does not in any way impede its functioning. We actually think that the Tascam DR-40 will be good for you, especially seeing as it is decently priced.

If the above mentioned cons are not hard limits for you, you should go ahead and get the Tascam DR-40.