TEAC, before they got embroiled in the chaos that is Gibson Guitars, were formed in Tokyo in 1956 by the merger of two existing Japanese electronics companies. They produce mid to high-end audio equipment for the consumer and the professional. And have TASCAM, another quality audio equipment manufacturer as a subsidiary. We have personally used a lot of TEAC kit and are well-versed in their quality.

In 2013, Gibson Guitars bought a controlling interest in TEAC. Why? 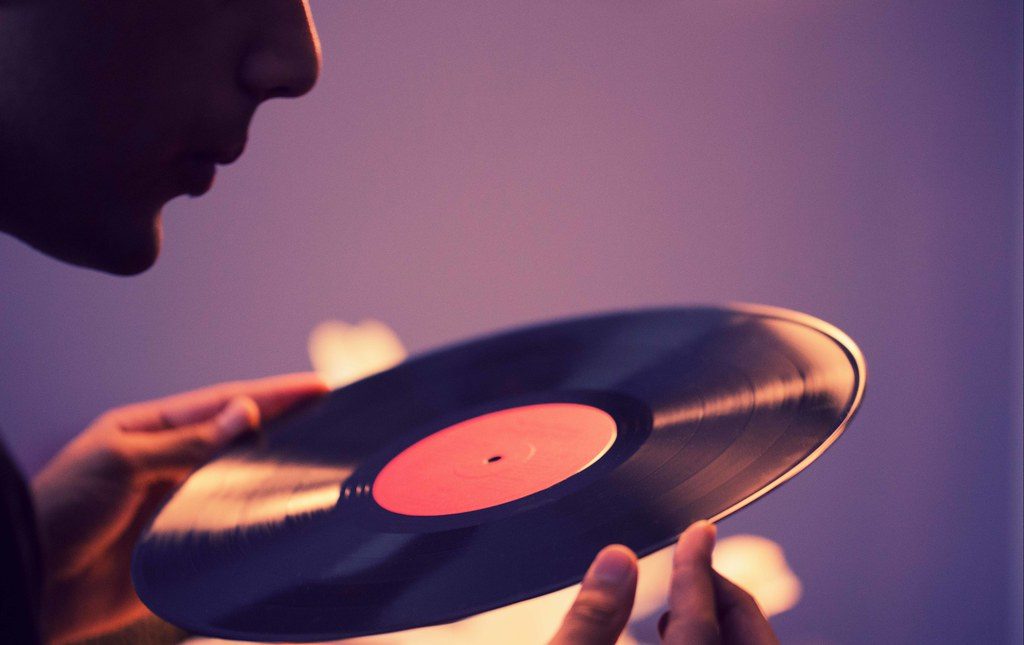 It followed Gibson’s purchase of another Japanese consumer electronics company, Onkyo. Astute observers, noticing the decline of Gibson guitars over the years through poor management. Who never really recognizing the quality of what they had as a product, began to circle like vultures.

The money spent on TEAC, a quality company but one that was irrelevant to the guitar business. Could have been invested in producing a guitar that was actually good, instead of people pretending that it was because it had the Gibson name on it. It was like a Fender under CBS rewind.

As a supposed leading brand, they didn’t even have a bass guitar worthy of note in production. And some guitarists began to comment that Gibson’s supposed cheaper cousin, Epiphone, made in SE Asia, was getting better, while the Gibson’s were not. 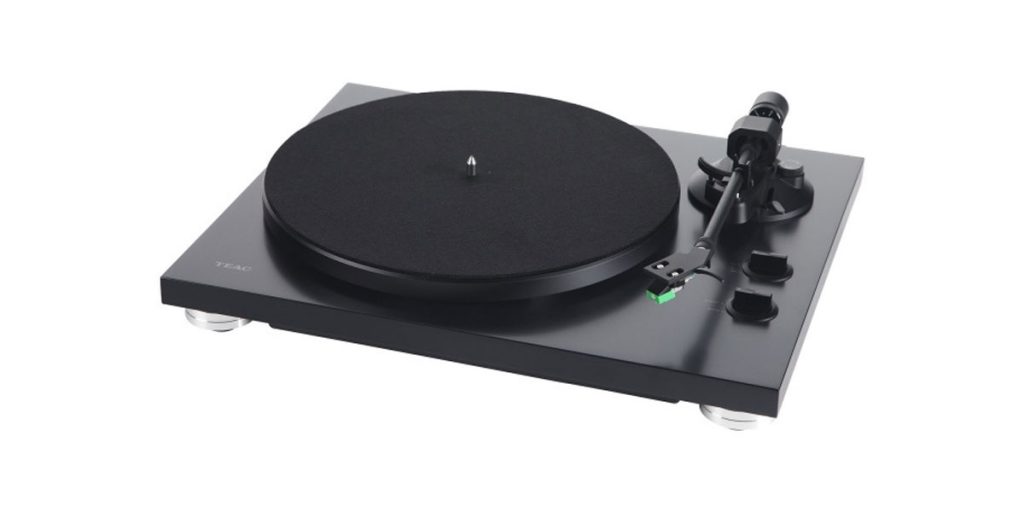 …it wouldn’t be the first time Epiphone produced a rival to Gibson that was better. The Epiphone Casino blew the Gibson 330 out of the water in the 60s and 70s being used by Lennon, Harrison, Richards and Dave Davies of the Kinks. ( Yes, the solos and riffs on You Really Got Me and All Day and All of the Night played by Davies on a Casino not by Jimmy Page as some have thought)

TEAC just carried on probably hoping that Gibson might eventually just go away and in the end, they did to a certain extent, bought out by a group of investors KKR and Co.

Fortunately none of this affected TEAC of course. The management structure in Japan had been maintained, and so had the quality of the product. And in all areas of quality consumer electronics TEAC and their TASCAM subsidiary flourished.

So, moving one… we are going to take a look at one of their products, in this… 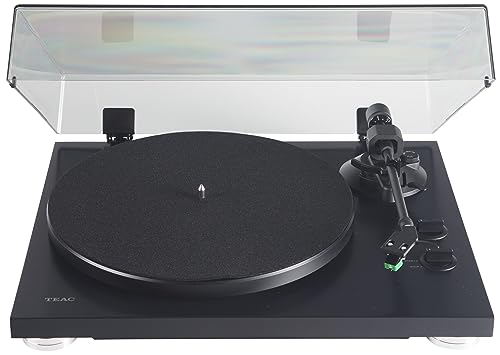 It is slightly ironic that the introduction of cassette players, in which TEAC were at the forefront of development, helped to temporarily put a stop to the production of vinyl records. Which, of course, lead to a decline in the sales of turntables. Yet here we are 50 odd years later, and TEAC is producing great turntables so we can play our vinyl.

The cassette deck and player disappearing into the museums of the world to be dragged out for the next episode of Back to the Future to show how we used to listen to music in a past existence in ‘Cafe 70s’.

The 300SE is today a very popular turntable. It is well-designed, produces good results, and is reasonably priced.

So, let’s have a closer look at what it has to offer…

As with all home consumer products, there are design issues to address. One of those is how the product looks. It is going into people’s homes after all, and they will want something pleasing to the eye. It’s not all about being pretty to look at, but it’s also got to perform.

The 300SE is a great looking turntable. It is constructed from MDF which has a density that will assist in removing any unwanted resonance and is given an attractive matte black polished finish. There is no shortage of polished aluminum either. Which is impressive, and the see-through dust cover is well made and adds to the styling. Four high-quality aluminum feet complete the appearance.

The build quality is excellent, given that you can argue that there isn’t much actual building going on with a turntable. It still has to be nicely presented though and look the part.

It does, and it looks like a luxury product.

It is a belt-driven turntable with a phono preamp and a high torque DC motor built-in to the chassis. This gives an accurate, stable movement. The DC motor shaft is made of solid copper. It is an analog turntable and to add to the versatility of this turntable TEAC have installed a USB digital output and an analog out.

Quite common attributes on some machines, of course, but a nice touch. And it shows that TEAC was thinking about what the consumer will want rather than what they want to give them.

They have gone for a straight tonearm design that is static-balanced delivering tracking accuracy. The anti-skating mechanism is adjustable, as is the counterweight, and gives precise tracking of your vinyl albums. It is a completely manual turntable with a manual lift-off tonearm.

TEAC has chosen a Japanese VM cartridge from Audio-Technica, a company renowned for its high-quality cartridges. The cartridge is good, of course, but can be replaced with a higher-performing alternative if required. The 300SE has a replaceable headshell.

The platter is a heavy-weight aluminum die-cast design, giving high-inertia and driven by the DC motor. And there is a polished spindle manufactured from stainless steel, with a bronze spindle holder. All designed to look good but also to be durable and accurate. All the important contact terminals are gold plated, firstly to avoid corrosion and secondly to give good contact and connection.

It is a two-speed design and will play both LP and EP and has an adapter included for playing 45s.

Wouldn’t be today’s digital world if there weren’t a few extras included, and the 300SE, while not loaded down with them, has a few.

A very useful addition is the Analog to Digital convertor. This is actually made by Texas Instruments and allows you to download music from the turntable to your PC, preserving your precious vinyl collection. And, as mentioned, the RCA connectors are gold-plated to ensure a good transfer.

The TN-300SE can be used with any amplifier. And supports both phono and line outputs allowing you to use it with or without a phono equalizer.

The TN-300 provides a wide soundstage. It has a powerful bass range, and the mids are uncluttered. Maybe it lacks a little in the top end if we want to be picky. But then sometimes turntables do need to have a ‘break-in’ period.

This is considered by its suggested price bracket to be an entry-level turntable. And it’s unlikely you will find another in the same price range to have as much detail and quality. Again if we want to isolate things that could be improved then possibly a better cartridge will add a lot of points to the sound quality. That isn’t to say that the Audio-Technica cartridge included is low quality because it isn’t. But, it also isn’t the best that’s available.

The TEAC TN-300 has been a bit of an eye-opener for us. And shows what can be achieved by a quality company designing a product that they think will suit their customers, rather than what they want to impose upon them.

Some may argue that it is a bit light on modern tech, and our answer would be good. We want a turntable, not a competitor to the large hadron collider. The TN-300 offers a download facility through USB to our laptop, that is enough.

This turntable offers a great basic, almost minimalist look and impressive performance. It is well-made and presented, and at this price point is very impressive. It is a great turntable to own to listen to your vinyl, old and new.

In our opinion, it is a star in the midst of the competitive entry-level turntable market.