Sometimes you come across a product, and words are not needed. The creation of the image, whether by clever marketing or just by familiarity, is enough. They have that certain something in the design that sets them apart. As a product brand, Vox has all that and more. To anyone involved in music, the speaker cloth, the three letters on the front. That is enough. You know you are dealing with pure class.

But what makes it so? How is it they achieved such recognition?

Tom Jennings established Vox as JMI Musical Industries in 1957. It had a rocky, no pun intended, start. They had early success with their AC15 amp. The Shadows liked it for its crystal clear tones. It suited their prim and proper, all smiles, suits, sweetness, and light sound perfectly.

But there was a nasty beast waiting to emerge from the shadows, again no pun intended’, to threaten them. Fender brought over the Twin Reverb. It had been around since the early 50s, but not many people needed it. The music was quiet and sedate then. Our mums and dads all sang, “How much is that Doggy in the window.” 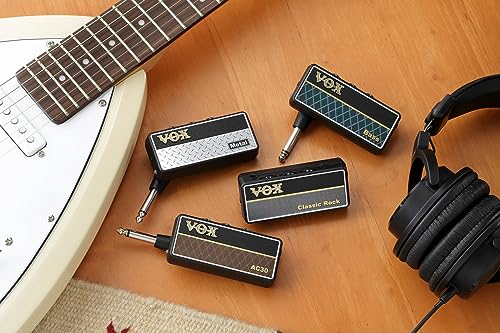 ‘The Twin’ was quite a bit more powerful than the AC15 with an awful lot of bite to it. It looked good, sounded very good, and had Fender written all over it. The Shadows said to Jennings, we need more power and quick, or we’ll have to change. Almost overnight, the AC30 arrived with its iconic speaker cloth and twice the power.

The ‘Twin’ was shocked and retreated back to where it had come from, and the sound that created the British Invasion of the world had arrived. Jennings might not have known it at the time. But he had created a masterpiece.

The rest is history as they say…

The Shadows carried on then came The Beatles, the Rolling Stones, and just about everyone. Even the likes of JimmyPage, The Who, Jimi Hendrix, and Kurt Cobain featured it.

There have been times over the years when it went out of fashion. Jim Marshall changed all that, followed by Orange and HiWatt, but the AC30 never really went away. It was an icon and now has a resurgence again helped along by Brian May and his truckload of them that he uses. (No they are not just for show).

And now you can own a little bit of this musical heritage to practice with. Where even the look of it just brings a period of time to life. Where you can use it and put it in your pocket.

The AC30 in your pocket. How great is that? 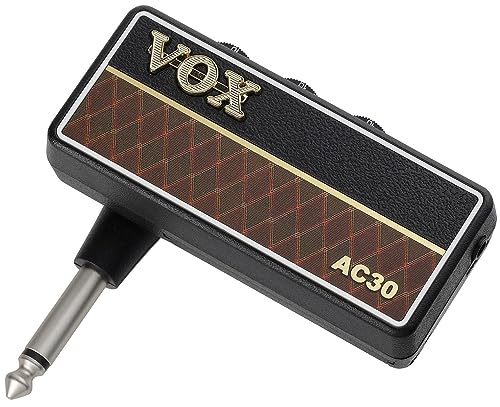 As we have already discussed, there were some serious shock waves that hit the musical streets when the AC30 arrived. They are still felt to this day. It had the look, but it was ‘that’ sound. Some would say analog at its finest.

Ever since, there have been efforts to recreate it, but no one ever got it quite right. But now you can have it as a tiny practice amp. This AC30 is a headphone guitar amp that plugs into your guitar and goes in your pocket. Do you want the ultimate in practice amp portability? Here it is, and with that AC30 sound. 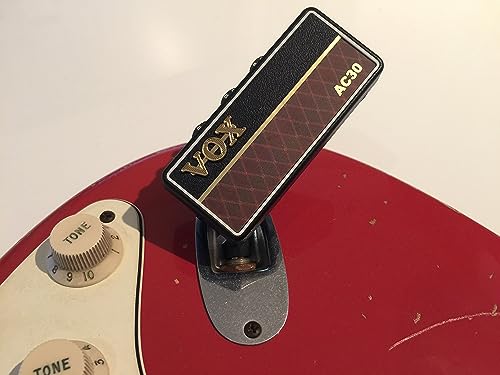 This little practice amp is not new; it first arrived in 2007. But it’s been ringing out those crystal clear analog notes since then. So now you can have your own bit of the British Invasion tone.

Build-wise, there isn’t that much to look at in its physical structure. It is 3.39 by 3.15 by 1.22 inches and weighs just 1.4 ounces without its batteries. It has a standard jack plug to connect to your guitar. This plug has a clever design that rotates in five separate stages around to 180 degrees.

After use, it can be folded back for convenient, unobtrusive storage. The jack plug will fit into any guitar, including the Fender Strat. There are also some controls. More on this later.

It is inside where the quality shows through. The analog circuits recreate that sound from inside a tiny box.

It hasn’t got an expensive construction process; it doesn’t need one. It has a predominately plastic outer construction that is quite tough. It will take a few knocks — nevertheless, its probably best not to throw it around too much. The speaker cloth design is a replica of the originals. It is compact, neat and tidy and with its fold-away design very easy to just carry around with you.

When you look at the size of this little headphone amp, then it’s obvious. There aren’t going to be too many controls to worry about. There are some interesting inclusions, though, for such a small unit. On the side of the unit are controls for Volume, Tone, and Gain. There is also the aux socket for plugging in your own devices to play with.

Finally, the FX effects control button. All quite simple to use and self-explanatory.

There may not have been too much to discuss with the build and the controls. But now we come to the sound, and there are some things to look at. When you look at the size of this little unit, it is hard to imagine much happening inside. But this little AC30 comes with nine sound effects built into it. Three Delays and three Reverbs are there, along with three Chorus effects.

But if you are going to have an AC30, there is one effect that must be there. You’ve guessed it, the tremolo. Sounding almost naive when compared with today’s modern sound effects, the tremolo added something.

The sound of this AC30 is brimming with presence as well. Sharp, crisp, clear tones are the order of the day. You just need a pair of Hank Marvin’s glasses. You could be back in the ‘Two I’s’ coffee bar in London’s Soho in 1957. That is the sound you get. That top boosted high-frequency sound that the original AC30s gave us. And with the analog circuits re-designed and working so well, that is exactly what you get. The classic sound of an iconic tube amp

We must remember that this is a headphone amp. It fits neatly into your hand, and to use it, all you need to do is plug it into your guitar and then plug in your headphones. The sound is very much like what we would expect to hear from a real AC30. Not exact, of course, but very close. You can even do a little bit of tone-shaping. There is a gain control on the side panel. 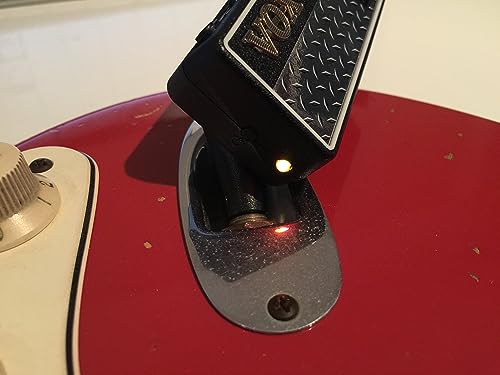 Give it a few tweaks, and you will start to hear that fuzzy, trebly overdrive sound. That sound that the AC30 would give you if you started to push it a bit. It growls at you a bit. Not like a modern-day full-on distortion unites, just a little bit of fuzz. Add this to the onboard effects, and you get a great performance level.

Battery life is about eleven hours but can be longer if you don’t use the effects, just the clean sound. It takes two AAA batteries.

We have mentioned briefly the AUX input. This is a useful addition that allows you to connect playlists from your phone or iPad. You can then play along with them.

There is also a power-off function. It will sense if it is not being used and will turn itself off to conserve battery power. 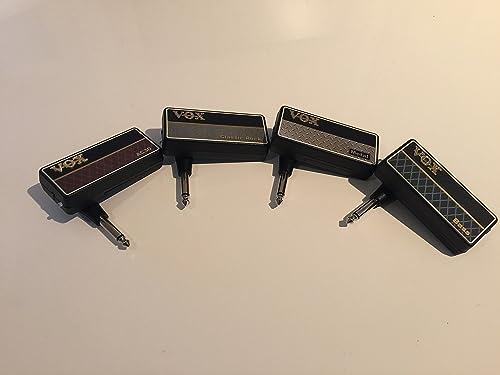 You’re not going to need much with your new portable Vox headphone amplifier, but you will need a few things if you haven’t got them already. We are obviously assuming that you already own one of the Best Blues Guitars, the Best Electric Guitars under 1000 dollars, or even the Best Metal Guitars. But you will also need one of the Best Guitar Cables, the Best Headphones for Guitar Amp and maybe the Best Electric Guitar Strings to keep everything sounding as good as possible.

What Do We Think Of The VOX AP2AC amPlug 2 AC30 Guitar/Bass Headphone Amplifier?

Building practice amp is not an area that takes a high profile with most leading brands. There are some, of course, but we wouldn’t say it was high on their priority list. Maybe because it is not a big money maker per unit sold. Building portable practice amps comes even further down the list. Again there are a few around. But there aren’t many quite like this.

Vox has gone out of its way to producing a physical replica of what is still an iconic amp. Then they have filled it full of relevant sounds and effects. We say relevant because the tones are designed to be reminiscent of what they were on the original AC30. And they have made all that into a unit that you can hold in your hand and fit in your pocket. And one other observation, they have made it very affordable.

In our view, what you get here is an extraordinary package. A small, well-designed little practice amp that you can carry around with you. It has effects onboard and a great basic sound. It is one of the most cost-effective little practice amps there is and performs reliably and well.

But it’s so much more than that…

It is a mini replica of an iconic amp, with an iconic sound from an era we will never see again. If you are into a bit of nostalgia, it would be worth the money just to own one. What more can we say about it? A stunning little practice amp that gives so much.