This digital piano review will cover the benefits and drawbacks of the Yamaha Arius YDP V240. The Yamaha company has long stayed ahead of the competition. They are always highly adaptable to market conditions. They have adopted many high-tech options and features that have made them highly popular in the retail market.

The Yamaha Arius YDP V240 is one of the most advanced digital pianos on the market. Yamaha has made its reputation by producing quality instruments that stand the test of time. This Japanese company has remained one of the most popular music instrument producers for many years. 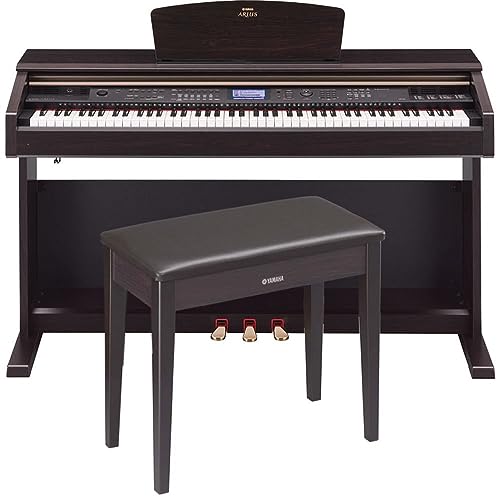 Who benefits most from these pianos?

The V240 is new to the Arius line of digital pianos made by Yamaha. This range of pianos is aimed at beginners. Most of the options and features that come standard with these pianos are aimed at assisting new players.

Most digital pianos of this caliber come equipped with a recording utility. The benefit of this function is for players to be able to record their songs and replay them. The majority of pianos in this range possess the capability to record two to three songs. The V240 model can hold up to six songs, much more than its competitors!

How Does That Sound?

Although this model comes with a greater recording capacity than its competitors, it lacks in other areas. The V240 has only 64 not polyphony. This is less important for beginners, but advanced players might consider this a factor. Most other digital pianos in this range have three figure numbers for their polyphony range.

The V240 makes up for its lack in polyphony by compensating in other areas. Yamaha included over five hundred instrument sounds in this model of digital piano. The most popular instruments include variants of classical and electric pianos, drums, synth, and a wide range of others. Other models in the range typically have a range of about ten sounds.

Yamaha has built in its Digital Signal Processor into the V240. This technology adds over two hundred effects that can be layered to add complexity to the pianos sound. The thirty-five different reverb effects and forty-four chorus effects are the most popular effects used. Most other digital pianos in this range include twenty or so effects. This makes the Yamaha V240 much more advanced than its competitors.

This piano comes ready to assemble out of the box. The exterior is a dark rosewood finish that includes a matching dust cover. The drawback of this is once the piano is assembled, it becomes too cumbersome to transport. Digital pianos are prized for their mobility, but this model ranks lowly in this category.

Yamaha included a small lcd screen in the middle of this piano’s console. This luxurious touch gives the piano a more modern appeal. The screen also assists the ease of functionality when using the pianos many effects and options.

The Yamaha YDP V240 comes standard with a more advanced hammer system known as Yamaha’s Graded Hammer Standard technology. This technology is used in Yamaha’s more advanced pianos. Some critics of the system say that it can be very noisy compared to other options. The Clavinova is sometimes regarded as the step up from this system.

Advocates of Yamaha’s Graded Hammer System claim that it precisely mirrors the action of classical pianos. This technology has a great number of supporters as well as opponents.

An extra addition in the V240 is the Wave Memory Stereo Sampling technology. This bit of magic is responsible for layering complex sounds together. When used correctly this adds balance and complexity to the sound. This is something other pianos can not compete with in this range.

Turn Down for Watt?

This model Yamaha pushes sound through two twenty-watt speakers. This model lacks further amplification or reverb quality to its hardware.

Take It On the Go!

The YDP V240 comes standard with a USB insert and MIDI controller. This allows players to export their songs to other mediums in order to listen to their recordings. The piano also includes a headset insert, like many of the others. 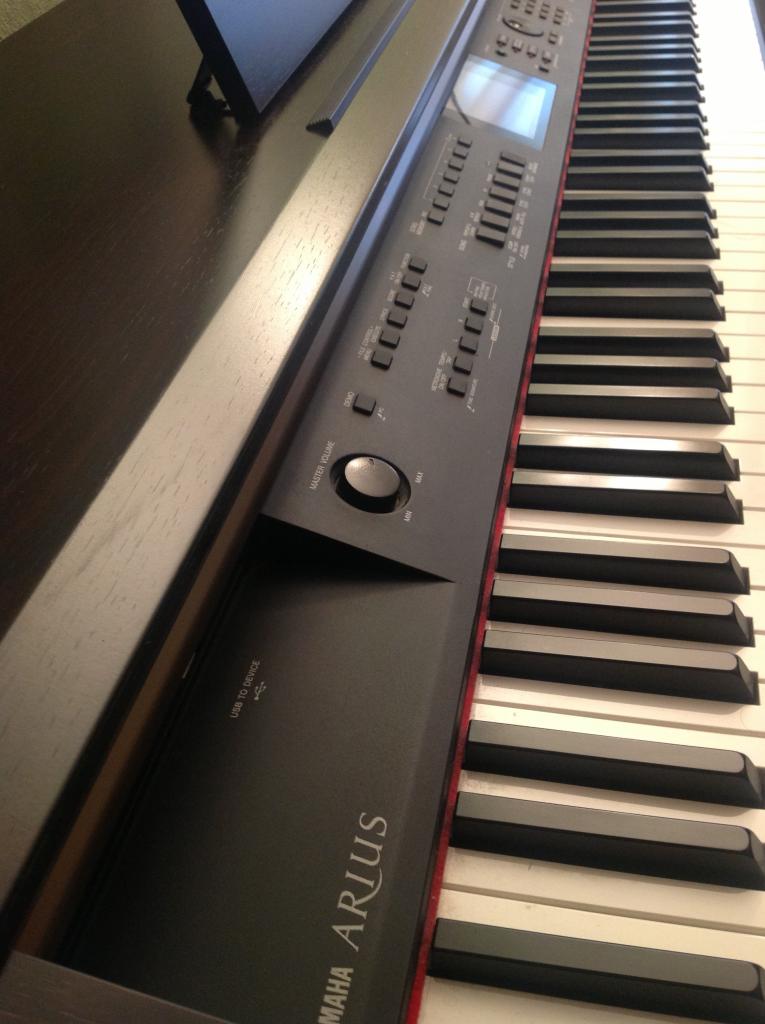 Yamaha boasts a unique feature known as the Performance Assistance Technology. This also includes the Easy Song Arranger that cannot be found in competing models. These features are equally important for new players as well as those intending to give live performances. They allow pieces to be completed perfectly, even when they player is not.

The eighty-eight key digital piano contains a duet function. The  keyboard can split into two halves. Each half of the board is forty-four keys. Each player also gets a corresponding sustain pedal. The range for each of the split keyboards is the same. This is great for duets as well as teachers!

How Does This Piano Measure Up?

The Yamaha YDP V240 has incredible value given its approachable price range and digital assistance. The piano is a bit clunkier than most competing models. If portability is key for you, this may be a major concern.

The sound and polyphony statistics of this piano indicate that they are near the bottom end of the spectrum. Competing models use more advanced hammer technology and have a stronger sound output. Larger speakers and more advanced systems are also common in the market today. 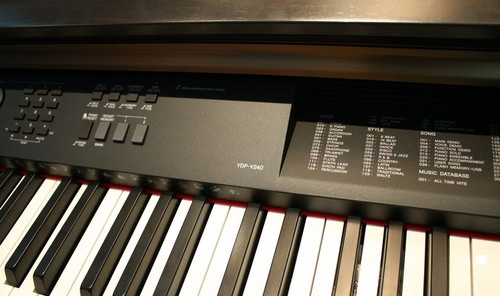 The value V240 is found in its range of effects and sounds. The ability to play as different instruments and pianos add to a player’s repertoire. Most impressively, the piano comes with programs that aide the player in composition and sound. This makes this model stand out among competitors.

Most Importantly, The Price is Right!

This digital piano is truly outstanding when considering the value for price. While it lacks a few qualities that make for a professional sound, it more than makes up for it. The effects, cheapness, and quality of the piano make this buy a great choice.