If you’re in the market for a stage piano, you might have come across the Yamaha CP4. But for those of you who don’t know about this keyboard, here’s a comprehensive review.

Knowing Yamaha, you can be confident in the quality of this piano. It comes with a very effective, highly intuitive interface making it easy for any player to interact with.

Also, it’s lightweight which makes it very portable. Fortunately, despite the fact this it’s lightweight it still features high-quality construction and is highly durable. Ready to take the knocks associated with life on the road.

Let’s move on, and check out the other features of the Yamaha CP4… 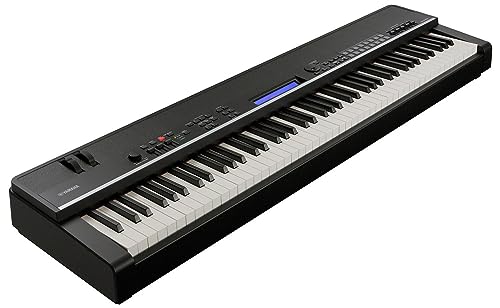 Note: The CP4 is no longer in production, it’s replaced by the CP88. So we had changed the link to CP88 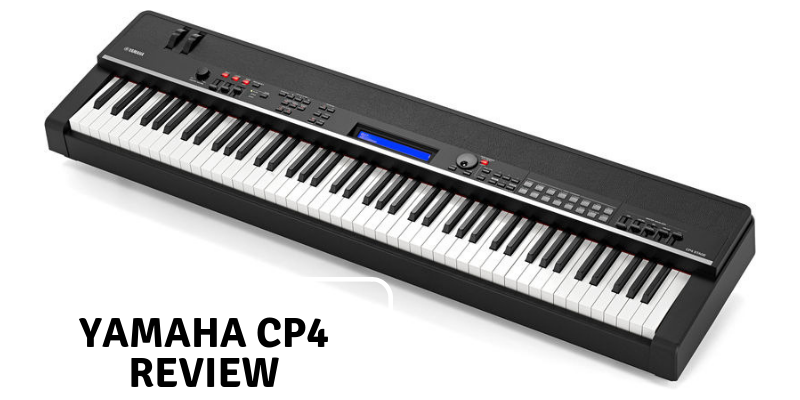 Features Of The Yamaha CP4

Before we go into the features of this keyboard, there’s something you need to know. It’s not your regular keyboard for teaching or playing at home.

It is a stage piano and is a great choice for any working musician. And can be used for live performances or for a casual play in your home.

However, note that it doesn’t come with a stand. And if you need one, you’ll have to get that separately.

Regardless of all that, this piano is most definitely fully-featured.

So, let’s give you a few highlights of some of the best features of the CP4.

We already know that Yamaha produces some of the best sounds in the industry. So, you can expect exceptional sounds from the CP4. In fact, the sounds are quite unparalleled.

And, many of the sounds come with all kinds of variations. And each variation also comes with its own series of effects already applied.

Besides the regular acoustic piano and electric piano sounds which are fantastic, there are 321 others.

And Yamaha obtained these sounds from its industry-leading synth, the MOTIF. From this workstation, we get sounds like – clavinet, strings, bass, drums, and pads.

Now, get ready to be even more impressed. The instruments sampled to get these sounds are seriously world class. Check them out:

Also in this piano, you’ll find some really awesome classic-sounding vintage electric piano tones. Let’s check out some of these sounds. 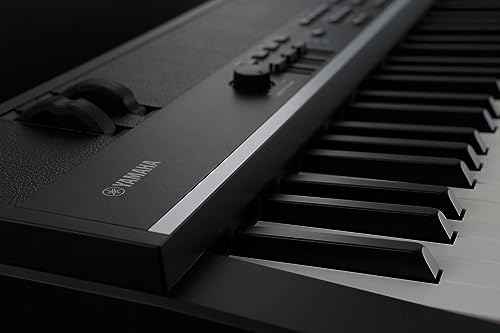 Now, how did Yamaha achieve these amazing electric piano sounds? It was all made possible by using Virtual Circuitry Modeling (VCM).

With the VCM, the keyboard provides a very realistic digital reproduction of the components used in a traditional electrical circuit. You know, things like capacitors and resistors. So, because the VCM technology behaves very much like its analog contemporary, it simulates analog-like sound qualities.

The control panel of the CP4 is very easy to use. You’ll find a Voice Category button where you can easily access all the built-in sounds on this keyboard. You won’t have to waste time scrolling through all the voices which can be very time-consuming.

And if you stumble upon any particular voice you love, you can always store them accordingly.

Of course, there are the layer and split functions, with which you can create unique and beautiful sounds. And all you need to access them is a tap of a button.

You’ll also get a 5-band EQ which you can control by using sliders. And then, of course, we need to mention the excellent backlit LCD display. Plus, there’s a scroll wheel too which helps to make navigation easier.

Yamaha did a wonderful job with the keys of the CP4. They feel absolutely amazing! To start with, the keyboard is made of natural wood. And to simulate an even more pleasurable playing experience, Yamaha makes the keytops out of simulated ivory.

As for the action on the keys, it is, as you would expect – graded hammer action. This means that the keys on the lower end will feel heavier to the touch. And as you move up the keyboard, towards the higher end, the keys become lighter.

And this action, allows Yamaha to yet again simulate, an acoustic piano on the Yamaha CP4.

Another really cool feature of the CP4 that sets it apart from the competition is its damper sensor.

So, what exactly is the damper sensor?

With this damper sensor, you will be able to achieve some amazing effects. For instance, you’ll be able to play one note continuously but with super articulation.

But that’s not all, the damper resonance blends the sounds perfectly too, just like it would on an acoustic grand piano. And you don’t even have to use your sustain pedal. Total score!

So, what’s our analysis?

The Yamaha CP40 only features the CF grand piano sound. You won’t find the other sounds like the electric piano and other instrument sounds on it.

Also, don’t expect to find many variations of the drums either. Yes, there are drum sounds, but nowhere near as many as you’ll find on the CP4.

And there are more differences…

However, the CP40 still comes with one feature that it does share with the CP4 and that’s an FC3 pedal. Of course, this is good news for the CP40, considering it isn’t as technologically advanced as the CP4.

As you’ve seen from all that we’ve discussed above, the CP40 does not feature as many bells and whistles as the CP4. So, naturally, it costs a lot less than our featured keyboard.

Hence, if you’re looking for a keyboard that’s similar to the CP4 but for less money, then check out the Yamaha CP40.

A lot has been said about this marvelous instrument – the Yamaha CP4.

It’s well documented that it’s is a high quality instrument, with realistic sounds and a super responsive keyboard with an incredible playing action.

In summary, if you’re looking for a well built, superb sounding stage piano with great feel, then you don’t need to look an further. It’s the Yamaha CP4.