You’re right on time for my in-depth review of the Yamaha MX49. This keyboard/synthesizer has generated loads of positive reviews. And today, I’ll find out if those reviews are justified or not.

Yamaha has a very impressive track record, with many good digital pianos and keyboards to its credit. So it’s easy to see, and why so many people have come to depend on Yamaha for quality keyboards.

In my opinion, the MX49 is a pretty good workstation with terrific sounds and other impressive features. But, it also comes with some limitations.

So, what’s the real story of the Yamaha MX49? Read on and find out…

Features Of the Yamaha MX49 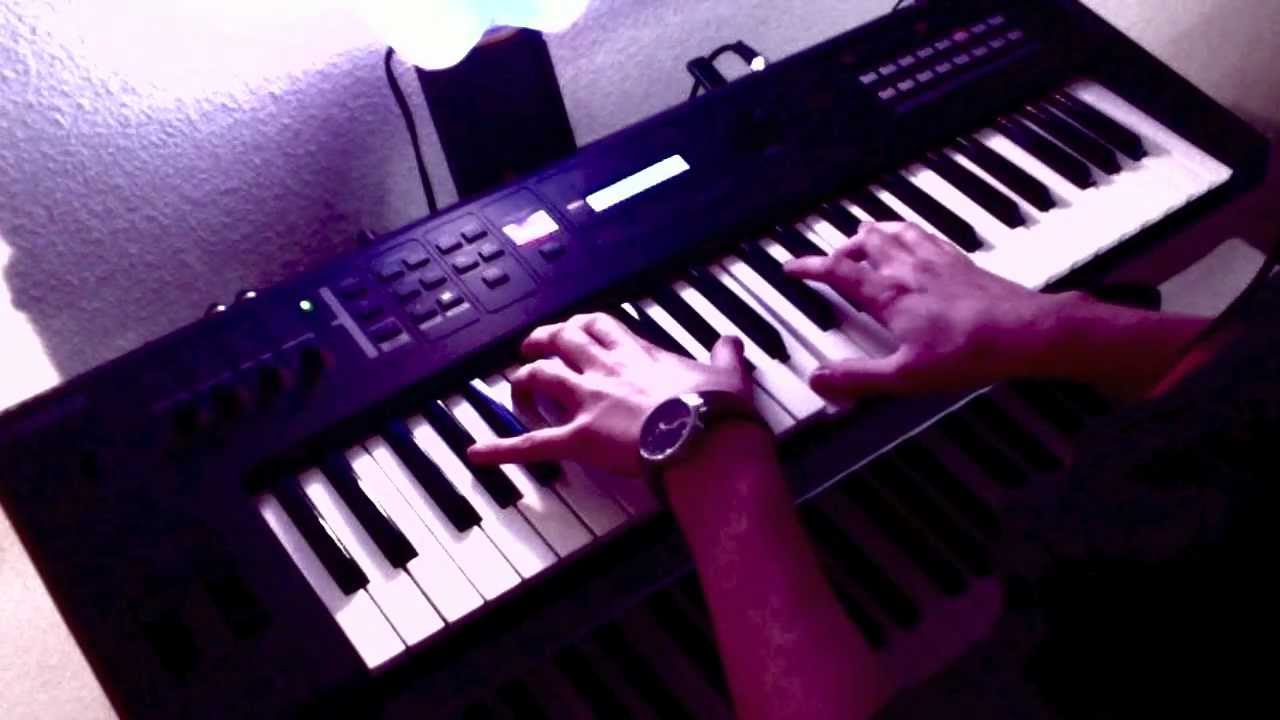 The Yamaha MX49 comes with a very impressive sound engine, so the array of sounds available are simply phenomenal.

Yamaha calls each sound, a ‘voice’ and on this keyboard, they categorize these voices into 16 groups.

Some of the voice categories include AP which is short for ‘Acoustic Pianos’. And then there are the usual keyboards ‘KB’. These include voices like Clavinet, Wurlitzer, and Rhodes. And of course, you’ll also find various other categories such as…

Now, besides the built-in voices, you also have the option of including voices you edit yourself. This keyboard comes with 128 slots of user memory. Giving you more than enough space to store your creations.

Besides the 128 user memory slots, there are also 8 slots for drum patches.

The Performance Section Of The Yamaha MX49

The Yamaha MX49 does not come with a ‘Patch’ mode like other keyboards you might be familiar with. Instead, the makers save all the voices on a different section called ‘Performance’.

This section is one of the MX49’s strongest features. For each Performance section, you get 16 voices. And you can choose to play these voices either directly from your keyboard. Or you could choose to play them from your Digital Audio Workstation (DAW). With your DAW, though, you’ll be able to play the voices in a myriad of ways. 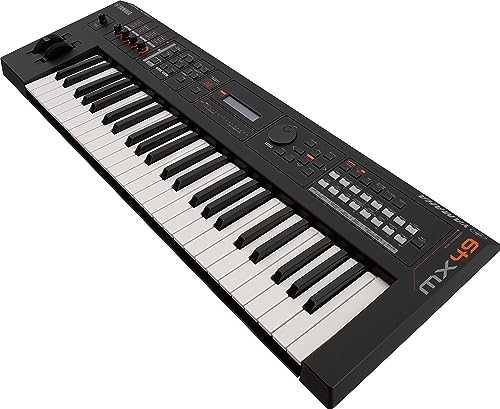 Now, another thing to keep in mind is this: Yamaha does not call the voices in the Performance section a voice. They call them a ‘Part’. It might be a bit confusing at first but you’ll soon get used to it.

But back to the Parts, they each have an individual MIDI channel. Plus, you’ll be able to play Part 1 and Part 2 automatically either using them as single sounds or using Layer/Split mode. You can’t play Parts 3 -14 using the layer/split mode, though.

At this price point, I’ve got to say that the sound effects on the MX49 sound really good.

In terms of effects, you’re able to assign them individually to 4 different Parts at the same time. While the reverb, chorus, and EQ can be assigned to all 16 Parts at a time.

The back panel of the Yamaha MX49 is actually quite simple and straightforward. There you’ll find all the usual connectivity sockets including MIDI and USB ports.

The USB ports include ‘To Device’ and ‘To Host’.

You can actually use this keyboard to monitor your DAW setup. This is very convenient for beginners and musicians who are always on the go.

You can easily record from your MX49 straight into your DAW, through your USB to get professional results. And you don’t even need an audio interface.

Anyway, besides the USB and MIDI, you also get a jack for your headphones, Then there’s a 1/4inch input on the left-hand and right-hand side (which can also double as an output). And finally, you’ll also find an aux-in jack, plus jacks for standard foot/sustain pedals.

Moving on, the arpeggios of the MX49 are fully customizable. So, you can program them in such a way that high MIDI velocities activate them.

Lastly, on arpeggios, they are all fully recordable. Yep, you can record them just like MIDI tracks/data. An excellent feature.

Thankfully the MX49 comes with an LED display. However, I’ve got to say that I’ve encountered more user-friendly displays. This could have been improved on.

Editing and generally finding your way around the LED display, isn’t easy and requires a lot of patience and practice. You will. however, get used to it over time.

Nearly all features of the MX49 are editable, except the waveform parameters and the oscillators.

If you do want to edit those, there is quite a lot of third-party editing software available that you can use for the task. These software programs enable you to edit your keyboard using your computer.

On the top panel of the Yamaha MX49 is where you find the assignable pitch wheels, as well as the Master Volume. As well as four assignable knobs.

But that’s not all, you can also use the controls on the top panel for other tasks including…

Pros Of The Yamaha MX49

Cons Of The Yamaha MX49

Altogether what do I think of the Yamaha MX49? Well, it is a great little 49-key keyboard with a superb sound for the price.

Of course, this keyboard is super affordable. And even though the keys aren’t the best in the world, they will suffice for Rhodes, strings, organ, and some other voices. But all the same, some heavy players might have to adjust their playing style to get the best results.

The MX49 also syncs effortlessly with your DAW software, so it’s a great model to get for your studio as well.

Finally, if you can cope with the learning curve involved in navigating the editing menus, you have a very useful instrument here.