The Yamaha P255 is one of the best keyboards in Yamaha’s P series. It features 88 keys and looks quite high-class.

Recently, this keyboard has been creating quite a buzz in the piano community. So, we are here to find out what all this buzz is about?

Hint: Its performance is as great as its looks.

The Yamaha P255 is a successor to the older model – the P155. It looks really stylish. In fact, there are few keyboards like it, at least, looks wise. If nothing else, the P255’s beauty, is sure to attract you.

Well, in our review, you’ll find all the information you need. So, don’t go away. Stay with us… 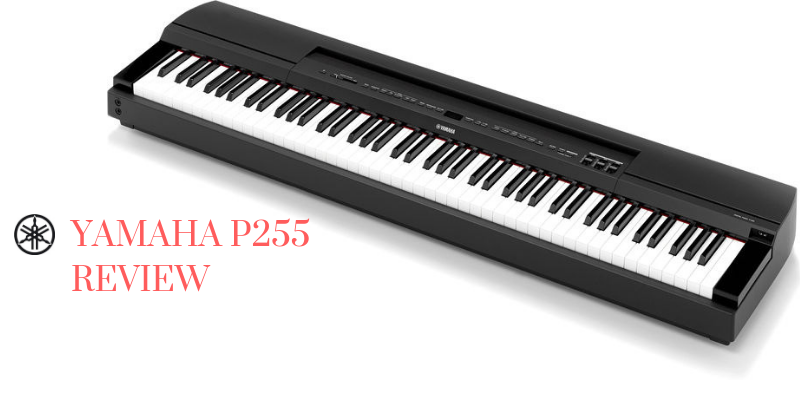 Features Of The Yamaha P255

As mentioned initially, the P255 does look good. The piano comes with masses of both class, and style. It’s a beauty.

Now, when you first look at this instrument, you’ll see that it comes with a bit of heft. Plus, it features a casing in the box style, which is available in two different finishes – ivory white or matte black. So, yeah this guy looks a bit heavy.

But, anyway, back to the finishes…

Now, you’d agree with us that both finishes are pretty elegant. And either of them will definitely give any space they find themselves in, a touch of sophisticated beauty.

But we still need to talk about the heft. So, here goes…

The P255 isn’t actually as hefty as it looks. Now, get this right. We’re not saying this doesn’t weigh quite a bit. It does. In fact, we don’t really know why this is in the ‘P’ for Portable series because it isn’t something you can easily move around.

Long story short, it is not exactly the most portable piano around at 38 pounds. If this is a deal breaker for you and you need something lighter, then consider the P115.

But if we’re being totally honest, we’ve got to say that Yamaha did a pretty great job on this machine. Considering all the technology they put into the piano, coming in this size is almost a miracle. This piano comes with a graded hammer action.

The P255 comes with an LED backlit display which sits in the dead center of the interface. And, of course, an LED display is always a plus to any piano, making it more interactive and easier to use.

Now, besides the LED display, you also have controls of course. The controls are another aspect of this piano that we’re really impressed with. As we mentioned, the P255 comes with a very simplistic layout, so, the buttons are very few.

Now, here’s where things get a bit dicey for us. And by that, we mean that the number of voices included in the P255 is good but also not so good. Some pianists might be more than happy with 24 voices, while others might want a lot more.

If you ask us, 24 preset voices alone isn’t enough. Especially considering the P255 is relatively, you know, pricey. We think Yamaha could have done a lot better. The P255 could have come with a lot more than just 24 preset voices.

The major voices include:

There are others, of course. But like we said these are the major ones.

There is a wide variety of drum patterns available on the P255. And each of these drum patterns comes with their own style and rhythm. You’ve got them all – rock, pop, country, jazz, reggae, classical, you name it.

And to add to this, you’ll also find 50 preset songs and 24 demo songs as well.

One of the best features of the Yamaha P255 is its recording ability. Believe it or not, on the Yamaha P255, you’ll be able to record as many as 10 pieces. And you can also play them back any time you want.

With such a beneficial feature, teachers will find it a lot easier for tutoring their students.  They’ll be able to record all their pieces and have their students play and listen to them as much as they want. Allowing them to practice as often as they want, even when the tutor’s away. 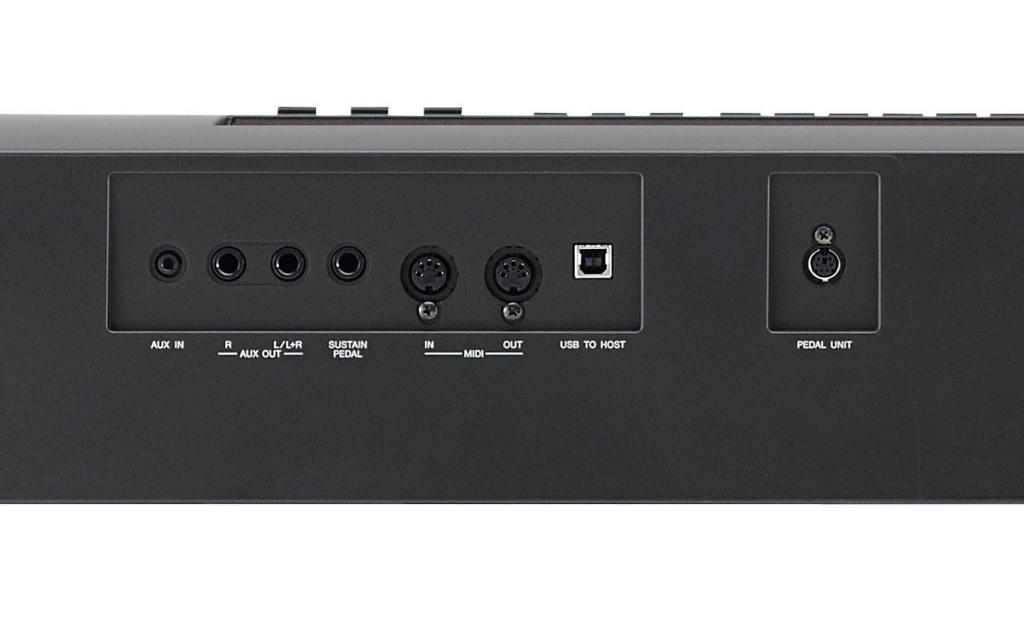 Now, besides these, there are other things you can do with the recording feature:

With this feature, you’ll be able to make your sound fuller and richer. And all you need to do is simply touch a button. By simply pressing this one little button, you can conveniently make your keyboard sound a lot louder and give it more presence.

The Sound Boost feature is great for almost any situation – whether you’re playing with a band or you’re just playing for a singer.

Even more, with the Sound Boost, you’ll be able to achieve a performance that’s so clear, it cuts through virtually any mix.

Internal or external speakers are immaterial here. The Sound Boost works well with either.

If you know anything about keyboards, you’ll know that a high polyphony count is always a good thing. And a lower polyphony counts doesn’t exactly make playing fun.

Now, many pretty good piano keyboard models come with a 128 note polyphony count. And some even offer 196 as well. But the P255 takes things to a whole new level. This machine is bringing 256-note polyphony to the table!

All kinds of players would enjoy this piano thanks to this feature – from intermediates to professionals. So, get ready for expression as never heard before!

But here’s the thing though…

If you’re a beginner you might not be able to fully appreciate this amazing polyphony count. But as you get better in your piano skills, you’ll come to appreciate and love the 256 polyphony count of the Yamaha P255. 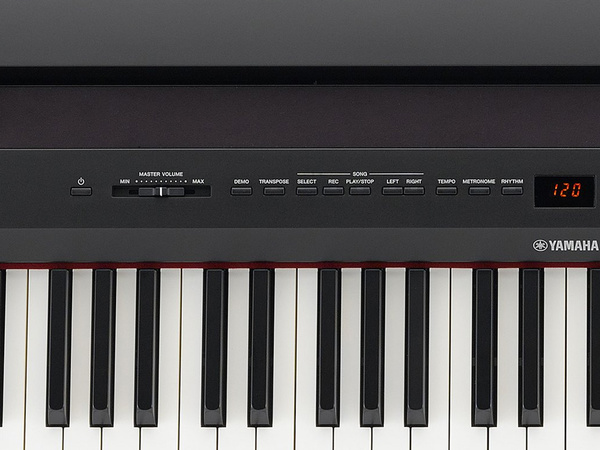 Being graded, you can expect this to give the response of a real acoustic piano. Therefore, a heavier response on the lower end and a lighter response at the higher end.

Plus, the keytops have being finished with simulated ivory rather than plastic. Here’s another aspect where the P255 also trumps the competition.

The Yamaha P255 can connect very easily to any of your devices, whether it’s your tablet, phones or iPad.

Yep! The Yamaha P255 features a USB to host connection. And with this, the user can easily access many of the pianos features, such as recorder voices, accompaniments and lots more, remotely.

Well, to do this, you’ll need to get your Apple device, the controller app, USB cable, and an Apple camera connection kit as well. If you get all these all ready, you’ll be able to get all the information you need about all the sounds found in the P255.

With the 3 EQ sliders, you’ll be able to make quick and radical changes to any layer or voice you’re using. These sliders have 3 different settings, low, mid and high.

Now, this feature really shines when you’re in a band setting. Adjusting the low frequency a bit will give a chance for other players to also show their stuff and create balance.

We love the Yamaha P255 even though we won’t readily recommend this for beginners.

It’s pretty obvious from all the features we’ve seen that this keyboard is for intermediate level players at least.

And that’s why we recommend this for classical pianists, jazz players, gigging musicians or other advanced pianists.