The Yamaha YDP-143 is a keyboard in the Yamaha Arius series. And today, we will be taking a close look at it to find out what features this piano actually packs. If you knew the YDP-142, then you should know a bit about our featured product since it’s the upgrade to the YDP-142.

The Yamaha YDP-143 came into the market in April of 2016, making it more than two years that this piano has been around. But even though the piano isn’t exactly Yamaha’s latest model, it’s still one of its most popular models till date.

Currently one of the bestselling pianos in the Yamaha Arius line, this piano does come with quite a few upgrades and improvements. And we are about to look into the major features of this keyboard. Of course, you can trust us to give our most sincere opinion on each of these features.

But just before we go head on into the review, here’s the bottom line if you can’t read through right now. 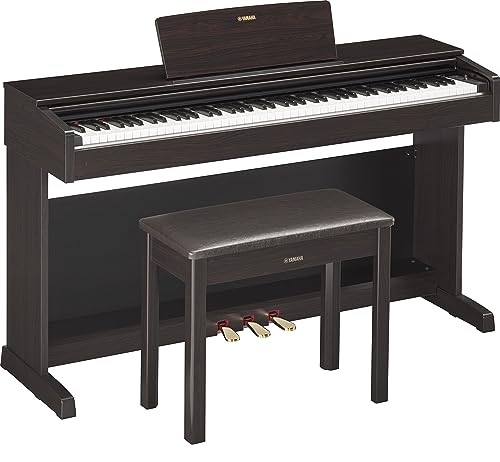 First, we will begin with the target customers for this piano. Judging from the looks and features of this piano, we will say that this piano would be perfect for the beginner and the intermediate player as well. Also, families looking for a compact unit to place in their home will find this really attractive and not entirely space consuming.

Is this the best piano in the market? Definitely not, there are better digital pianos in the market especially with Roland, Korg, and Kawai still in the market. However, the YDP-143 still remains a pretty dependable instrument.

The construction is solid, it looks really attractive. And it also comes with a very high level of playability. Plus, it’s a really affordable and compact choice for a family piano.

Of course, quite a number of things need some form of improvement. The built-in tones for instance could be more in number. And the sound effects too aren’t quite enough to do wonders to the customization of your sounds.

And then again, there’s no Bluetooth connection. Neither are there the Key Off simulation and String Resonance which would definitely have made experienced players very happy.

So, yeah we’ve met better but we won’t say you should totally discard the idea of getting this if you have the means. It is reliable, of a high build quality, and will serve you and your family for a long time.

Features Of The Yamaha YDP-143

The Yamaha YDP-143 comes in a traditional piano design with the traditional cabinet type you’ve always known. It will make a nice addition to your living space as a family piano. It’s got the looks and even more importantly, it comes with a really small footprint so it won’t take up too much space too.

Also, it comes with a sliding cover which you can use to protect the piano from dirt and dust too.

As to size, the piano itself comes in a compact design. But, compared to the modern digital pianos these days, the YDP-143 still comes in a bit bulkier than we are used to. It’s about 16.6 inches deep, so, it isn’t exactly what you’d call slim. 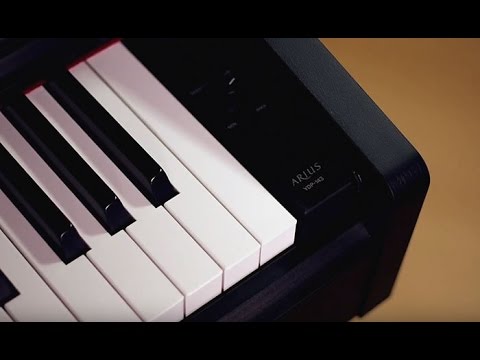 For convenience sake, it might be a great idea to set this up with someone, even though you can probably do it yourself. Yes, you can. The assembly instructions are pretty simple to follow and it hardly takes so long a time too. Just ensure you have a screwdriver with you.

Now, the Yamaha YDP-143 comes in three nice finishes which include the black, white and dark red. By the way, the dark red is really dark. In fact, from afar, you’re most likely going to call it black. Also, the white finish isn’t available in the US. So, your choice is limited the black or the dark red finish.

We’ve got to say that the control panel and interface of the Yamaha YDP-143 aren’t exactly user-friendly. It requires quite a learning curve to navigate the controls which might take quite a while. You’re going to have to keep consulting the manual every now and then before you finally get used to it.

Things could have been a bit easier if Yamaha included a display but it didn’t. So, it just makes things a lot more difficult to navigate.

Many of the functions you’ll have to access will require a “button and button” combo or a “button and key” combo. Not intuitive, as you can see. 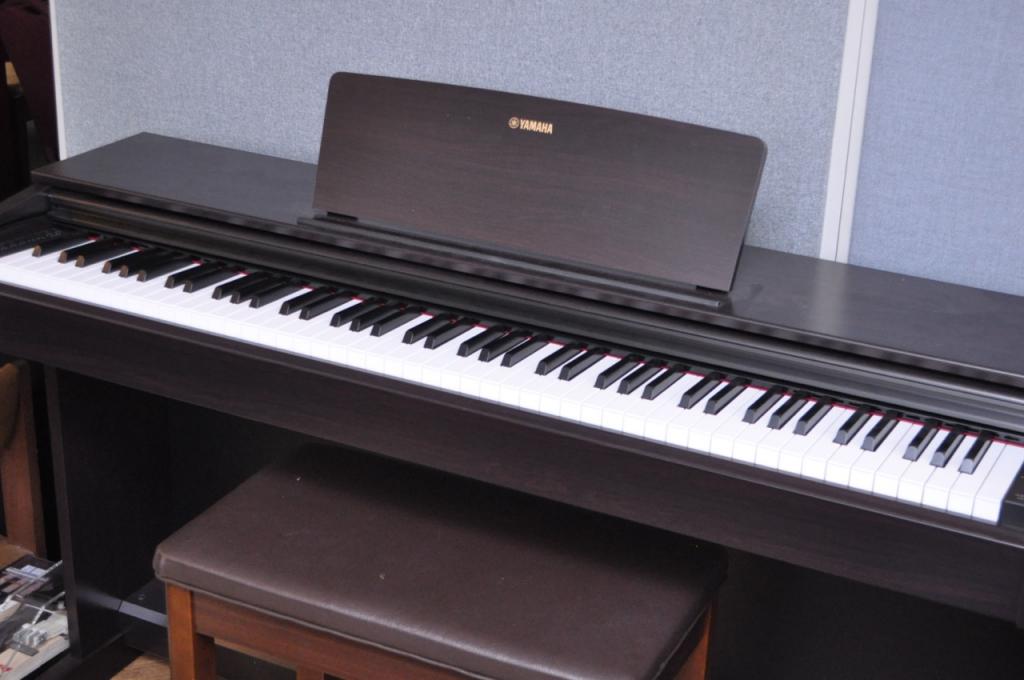 Well, we guess Yamaha decided to go for beeping confirmation sounds rather than a display. Is that a great move? We wouldn’t say so. But we guess it would have to suffice. And if you tire of the sound, you can disable it.

Keyboard – Great But Could Be More Realistic

Yamaha isn’t known for its amazing keyboard feel, no offence. But that’s not to say that the keyboard is totally bad. It’s fair enough. There are 88 keys all fully weighted and they feel somewhat close to the real thing.

The action here is Yamaha’s Graded Hammer Standard like you saw on the lower end models like the P-45, and the P-115. And the fact that the keyboard is graded is also another way the keyboard feels kinda like the real thing. You know… heavy at the bass, light on the treble…

Moreover the keys are touch sensitive too. So, again, like an acoustic, you can vary the kind of sound you get from how intensely or otherwise you play. The setting is in four preset levels which include the Soft, Hard, Medium and Off. 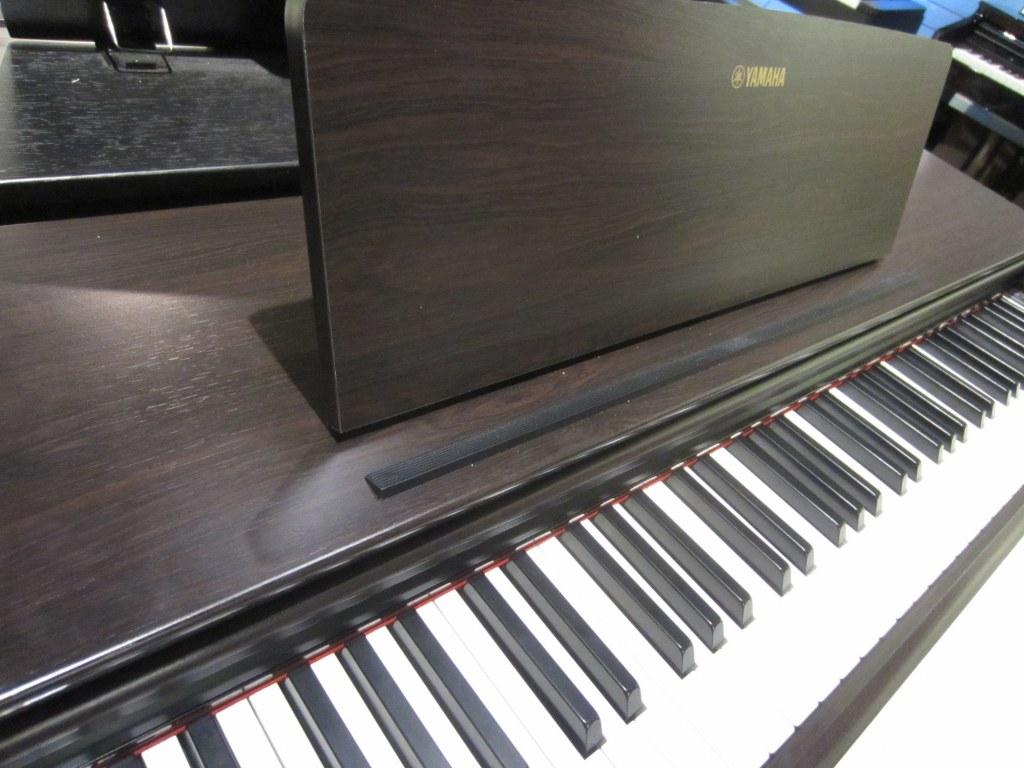 But now, there are no synthetic ivory/ebony keytops anywhere to be found on this keyboard. If you want that, you’ll need to upgrade to the next higher end model like the YDP-163. But the black keys are finished in matte which kinda helps.

Still, we won’t call the feel super amazing, though.

We love how the Pure CF sound engine produces a really rich natural tone on this keyboard. And these tones were sampled from Yamaha’s CFIIS 9 foot long Concert Grand Piano, painstakingly, if we might add. The makers ensured that they recorded each note several times at different velocities. This way, the piano gives an impressive range when you play it.

Now, altogether, there are only ten sounds on the YDP-143 and that’s something that gets us really bothered. For the price and quality of this piano, the least Yamaha could have done was to make this come with more sounds.

Anyway, you’ll find the sounds really beautiful especially the three piano tones. The Concert Grand Piano tone, though, has to be the most realistic of them all. It’s mellow with a deep reverb and an impressive range.

If you want the sickest experience though, then just have a listen with a pair of quality headphones. You’ll be more than impressed.

The only small issue is that the main Grand Piano sound itself doesn’t feature the Key-Off simulation and the String Resonance effects. These two features would have really made the Grand Piano tone sound more authentic but oh well…

Here are all the sounds on the YDP-143

Sound Effects – Sufficient, Could Be More

The YDP-143 comes with a number of sound effects to help modify your sound. However, we do think they could have been more in number.

Anyway, you’ll find the usuals like the reverb which comes in 4 types. And each type is adjustable. So, you set the depth to whatever level you want. But we aren’t going to dwell too much on this. Instead, we will focus on the two new features that Yamaha includes in this model.

First, there’s the Intelligent Acoustic Control (IAC). Well, the idea of this feature is to adjust sound in such a way that even when you’re playing at a very low volume, you can still hear the treble and bass notes very clearly.

So, was this purpose achieved? Well, sort of. In our opinion though, if we’re being completely honest, we would say that the difference is so subtle, it’s almost negligible. But the instrument sounds good either way, so it might not be such a big deal anyway.

Now secondly, there’s the Stereophonic Optimizer. This is another new feature on the YDP-143 and it comes to play when you’re listening to your keyboard using headphones.

The Stereophonic Optimizer helps you achieve a more natural and spacious sound. So, when you play with your headphones, you get a more immersive playing experience.

Now, on to some technical details for those asking… 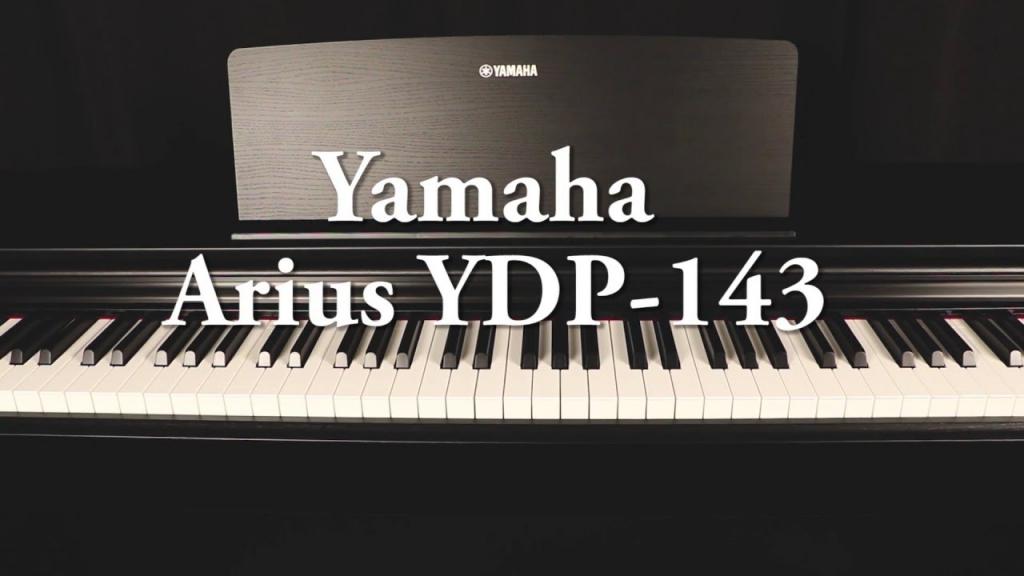 So, like we said, this piano is great. However, it could definitely use some improvements especially since competitors are not resting on their oars. And the market is getting hotter than ever.

Altogether, Yamaha could have come up with a worthier successor to the YDP-142. But that’s not to say that this instrument is completely whack. It still comes with an impressive build it will definitely remain dependable even years after you got it the first time.